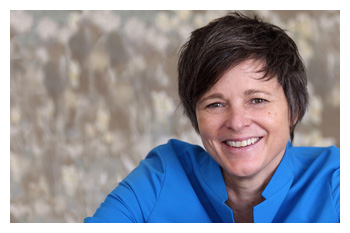 Wendy Nelson’s extensive experience in business, non-profits and athletics brings a unique combination of leadership expertise to the organizations she leads and supports.

Nelson currently serves as chairwoman of the Carlson Family Foundation, a foundation that supports the charitable goals of both the family and Carlson, the family-owned company that owns CWT, the world’s largest travel management company. She is the third person to serve as chair of the foundation and the first in the third generation.

Nelson is driven to engage, serve and lead organizations that value and create equity, access and opportunity. Her current Board service in the non-profit sector includes; the Women’s Foundation of Minnesota where she is co-chair of the Young Women’s Initiative- a public-private partnership with Minnesota Governor Dayton’s office, Guthrie Theater, Gold Medal Park Conservancy, the Carlson School of Management at the University of Minnesota where she is co-chair of the campaign steering committee and Northwestern University where she co-chairs the Minnesota regional campaign committee. Nelson serves on the advisory boards for Positive Coaching Alliance and Inner City Tennis of Minneapolis. Nelson formerly served on the Minnesota Super Bowl LII Host Committee and was co-chair of the Minnesota Super Bowl Legacy Fund. Nelson also served as vice chair of the Bush Foundation.

Nelson currently holds board positions in the for-profit sector including Carlson and Carlson Holdings and was a former board member of Rezidor, a global hotel company on the Stockholm Stock Exchange. Nelson’s professional career started on the tennis court, competing on the professional tour after playing as a Division 1 scholar-athlete for Northwestern University. Nelson continued to the corporate sector with early career opportunities at Budget Rent A Car Corporation and The Walt Disney Company and then a move to finance and capital management in the private equity field with Lake Capital in Chicago. These early experiences landed her with several executive positions in marketing and development in the global travel and hospitality industry.

Nelson holds a B.A. in philosophy from Northwestern University and an MBA from the Kellogg Graduate School of Management at Northwestern. She and her two children reside in Minneapolis, Minnesota.